CasinoSource.ie
» blog »
Breakfast of Champions: Boost Your Brain Before Gambling

Breakfast of Champions: Boost Your Brain Before Gambling 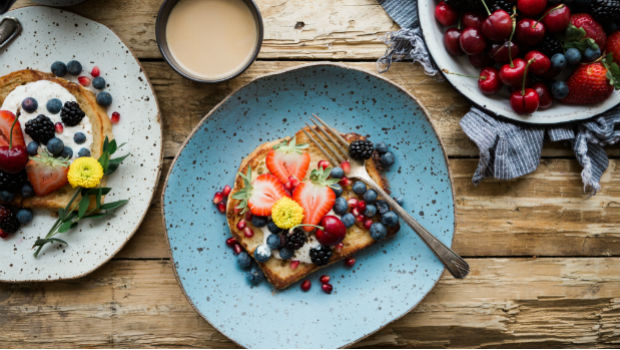 According to Popular Science, our brains require one tenth of a calorie per minute just to stay alive. Needless to say, the old grey matter needs far more than this when it’s called upon to do consistently sophisticated tasks like concentrating, strategizing and decision making. With pretty much all of our fuel coming from what we eat and drink, it’s clear to see food intake is vitally important to anyone who wants or needs their brain to click-up a few gears.

Naturally, this is of particular interest to us gamblers as our brains are, if we’re in the right mind state, our chief ally and most potent weapon. Most seasoned and professional gamblers know this and that’s why the world’s most successful players often follow diets jam-packed with foods that’ll keep them satiated and improve their chances of winning. Even if you partake in games on mobile casinos it's important to enjoy an appropriate meal or snack before you enjoy the slots or a game of blackjack.

So, what kind of foods are we talking about here, and when should they be eaten? Read on and consume wisely...

Having a good feed before an extended session of gambling or a tournament is vital. Here are a few performance-enhancing foodstuffs to include on your pre-game ‘breakfast’ plate:

Treating yourself to a little bit of salmon, some kippers or even a mackerel is a great and indeed slightly decadent way to start any day. However, these fishy delights, along with the likes of sardines, pilchards and trout, aren’t just delectable, they’re also one-stop shops for increased brainpower. Why? Because these oily suckers are packed to the gills (I thank you) with eicosapentaenoic acid (EPA) and docosahexaenoic acid (DPA), better known as omega-3 fatty acids. The body craves these and giving it what it wants can provide hugely beneficial boosts in memory, concentration, and mental performance. It can even improve your mood if you’re lucky.

Despite what you may have heard, spinach isn’t just good for helping you rescue your girlfriend from the misogynistic clutches of brutish, bearded bullies. In fact, studies have shown that this easy-to-resist green vegetable can help you to attain the memory skills normally reserved for veteran pub quizzers. This is thanks to spinach being a rich source of vitamin E and folate which, coincidentally, can also do wonders for your fertility. In short, this is one food that can help you to get lucky in all kinds of ways...

There are few things more irritating than getting hungry in the middle of a session or tourney. Though it may start out as a mere inconvenience, it quickly morphs into a deeply annoying distraction that, if not checked, can alter your perception and blur your decision-making abilities. The best way to offset this threat of course is to eat something that will leave you feeling full-up for a good long time. Enter the humble baked spud. Studies have shown that, when compared with other foodstuffs, our old friend the potato is in a league of its own in pure appetite saturation terms. So, if you want to feel full for longer, do yourself a favour and get a nice big baked potato down you beforehand.

If you take the time to watch some of the world’s most successful gamblers at play, you’ll notice many of them munching on one particular fruit at regular intervals during a tournament. Here’s what and why:

Thanks largely to the pioneering efforts of Jamie Gold, blueberries are now considered a ‘must-have’ fuel by serious gamblers. Gold – who stormed through the 2006 World Series of Poker (WSOP) Main Event to take the title and a cool $12 million cash prize – was rarely seen without his trusty bowl of blueberries at hand, referring to them as his 'brain food' to dismayed reporters and dubious journos. Turns out Gold was well ahead of the game as subsequent studies have shown eating blueberries can significantly improve your concentration and memory, in some cases for up to five hours.

In fact, a study carried out at Reading University discovered people who drank a blueberry smoothie in the morning performed mental tasks much better in the mid-afternoon than those who consumed a different drink. Moreover, participants who didn’t drink a blueberry smoothie saw their performances decline by 15% or even 20%. Apparently, the antioxidants in blueberries stimulate blood and oxygen flow to the brain, thereby keeping the mind active for longer.

Whether you’re looking to beat the house at a bricks-and-mortar casino, or win big in an online tourney, it’s clear you need to give your brain the best fuel and feed it at the right times. Nail this and your chances of winning big may well grow to satiate your appetite for gambling success.