It's been a busy week in the igaming industry with multiple software developer deals taking place adding to the news that Hungary is considering new legislation that will allow operators to apply for licenses in the area, a surprise jackpot slot winner, and stark reminders from the UKGC over advertising regulations.

Software developers Playtech and The Jockey Club - which is the largest commercial group in the UK for horse racing - put pen to paper on a five-year deal. The two will now link up to produce content on the most popular races and racecourses that are operated by The Jockey Club, with Playtech securing the sole development rights for content across their casino, poker, live casino, bingo, and virtual sports products.

The initial output will be released just in time for the 2022 Cheltenham Festival which begins on March 15. Reports indicate an RNG online casino game that will be added to the company's Sports Legends suite. 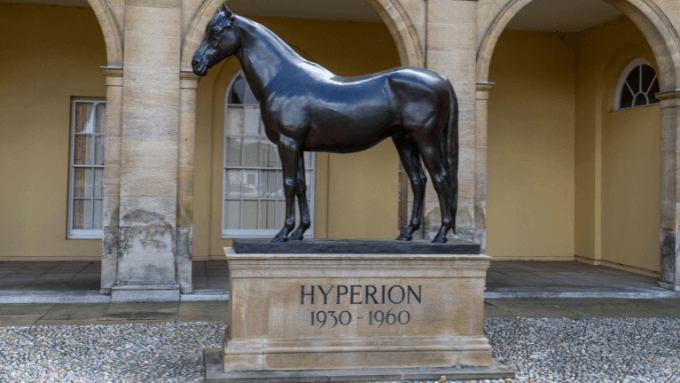 A statue of Hysterion outside of The Jockey Club in Newmarket, England (Credit: Alamy)

Charlie Boss, Chief Commercial Officer at The Jockey Club, commented on the new five-year partnership, proclaiming his delight at securing such a high-profile partner for years to come.

He said, “We are delighted to partner with Playtech, whose industry-leading software and expertise will help translate the success of our historic brands into the iGaming market for the first time. Playtech also shares our values on putting safer gambling at the heart of their products."

James Frendo, Casino Director at Playtech, added: “At Playtech, we are committed to developing the most engaging branded content. By partnering with an iconic sporting institution such as The Jockey Club, we are able to create a full range of exceptional and exciting cross-product content. Partnering with globally recognised brands is a key pillar of our branded content strategy as we look to deliver a unique and engaging responsible gambling experience to our customers.”

In others casino software news, Evolution Gaming officially renewed its existing agreement with FanDuel Group to become its sole providers of live dealer table games across the US market. It means FanDuel remains one of the top live casino sites in a growing market, with GM of Casino at FanDuel Group Jesse Chemtob citing that section of their product as a "key driver" to growth in the area.

Jesse said, "When we first signed with Evolution in 2020, we made it clear that we saw live casino as a key driver for continued growth in the US.

"We have been extremely happy with the quality and performance of Evolution titles on our platform. We’re excited to expand and enhance our live dealer table games product offering to bring a best-in-market branded experience to our customers."

FanDuel will also offer online slot games from the Evolution library as part of the deal, and it means they now remain one of the premium Evolution Gaming casinos in the jurisdiction.

Elsewhere, the United Kingdom Gambling Commission has issued a stark reminder to operators about their responsibilities when it comes to digital advertising. Adverts are not allowed to be placed on websites that provide unauthorized access to copyright content, such as illegal streaming services.

The commission states that any operator with a license in their jurisdiction must take reasonable steps to ensure "third parties with whom they contract for the provision of any aspect of their business related to the licensed activities do not place digital advertisements on websites providing unauthorized access to copyrighted content."

A spokesperson for the Commission noted that any advertisements appearing on these websites actually contributed to their maintenance and in turn associated gambling with a crime - a stigma which the UKGC has worked hard to remove. 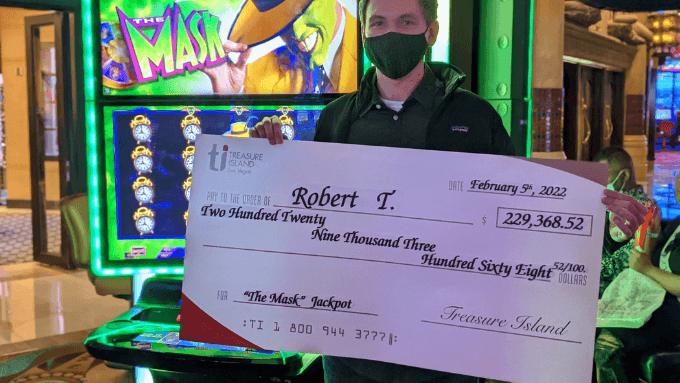 In more light-hearted news, an Arizona native has won a staggering amount of cash on a slot machine at Treasure Island Hotel & Casino in Las Vegas. Robert Taylor was playing the slot game which malfunctioned just before it could offer him one of the most lucrative casino bonuses he could ask for.

Taylor was completely unaware he has won the $229,368.52 jackpot because the malfunction was blamed on a "communication error". The organisation released a statement that reveal an extensive investigation was launched with their Enforcement Division to identify Mr. Taylor, including hours of surveillance and quizzing of witnesses.

The organization said in a statement released last week, "By the time an extensive review of the slot machine and the communications technology was completed, confirming the jackpot had been won, Mr. Taylor had returned home to Arizona."

Chief of the board's Enforcement Division James Taylor said that finding the winner following the untimely malfunction were important in order to maintain trust in the igaming industry.

If players needed any incentive to try out the best Irish online slots - this might be it.

Entain has announced the completion of the acquisition of Avid Gaming from Middlebrook Investments for a whopping C$300m fee.

The purchase comes as Entain prepares to enter the Ontario casino sites and sports betting market with brands such as Coral Casino, Bwin, PartyCasino and partypoker already on the books.

The operator has applied for a license from the AGCO and added Avid Gaming's Canadian brand, Sports Interaction, to its already stellar library.

Jette Nygaard-Andersen, the CEO, Entain, commented: “Sports Interaction is the leading Canadian sports betting and gaming brand, and is aligned perfectly with our own ambitions of great customer service and ambitious growth, coupled with an unwavering commitment to sustainability.

"It is highly complementary to our existing operations in Canada, and the combination of its local expertise; and Entain’s powerful platform will provide customers with an unrivaled range of exciting and engaging products in this fast-growing market. We look forward to welcoming Will Golby and his team to Entain."