The Labouchere betting system tells casino players how much they should stake when playing popular games like roulette and blackjack. It is a reasonable complex system that requires strong concentration and a large bankroll, but it is very popular among experienced casino players. You can use the Labouchere system when playing blackjack, roulette, baccarat and craps, but it should only be applied to even chance wagers like red/black on the roulette wheel. This guide will explain everything you need to know about the Labouchere system, its pros and cons, and how to apply it to various different casino games at the best online casinos.

Despite the French name, Henry Labouchere was actually a British aristocrat. He was a writer, journalist, publisher, theatre owner and politician. Labouchere represented Northampton as a member of the Liberal party, but clashes with Queen Victoria ensured he never received a ministerial position. He was a highly controversial figure, but today he is best known for his Labouchere system. 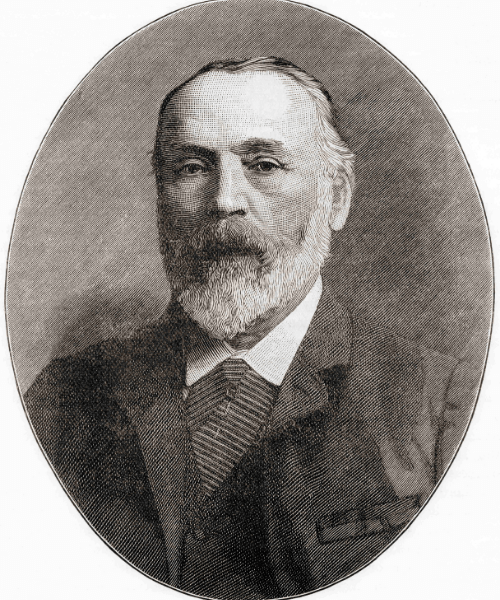 Henry Labouchère invented the system back in the 19th century (Credit: PA Images)

Labouchere was an avid gambler, and he created the system in a bid to apply mathematical rigour to his roulette strategy. The Labouchere roulette strategy is devised to be used on even bets, such as red/black, odd/even and 1-18/19-36. It can also be used for blackjack hands and in other games.

A negative progression strategy means that you increase the size of your stake when you lose, and decrease it when you win. You are essentially chasing losses rather than trying to capitalise upon streaks, so it is a reasonably cautious approach.

If you choose a long sequence of high numbers, you can make a large profit if you manage to complete the change. If you decide to go for a smaller sequence of lower numbers, your potential profit drops, but the level of risk is also lower. Make sure you write your sequence down, as it can be tricky to remember your sequence and calculate everything in your head while playing.

For your second bet, you would again add the first and last numbers in the sequence. With 10 and 5 crossed off from the example above, your second bet would be for €25, as you would add 20 plus 5. Repeat the process until you complete the chain and win your target amount.

As you can see, the size of your wager continually increases each time you lose. You have to keep adding losing stakes to the end of the sequence and crossing out the first and last numbers when you win until you complete the chain. It is therefore a time consuming process, and you often need a large bankroll and high table limits to make it work.

This chart explains a hypothetical application of the Labouchere betting system in practice:

In this example, the player wins the target goal of €150, created with the sequence 20-30-50-30-20 (which adds up to 150). That is despite winning just half of the wagers placed. In theory, the Labouchere system allows you to hit your target, but there are no guarantees, and you could end up on a losing streak.

There are several key benefits to using the Labouchere betting system:

If you want to mix it up, you can go for a reverse Labouchere system instead. This is a positive progression system, so you increase your stake after a win. When you win, you simply add the winning amount to the end of the sequence, and after a loss you cross out the first and last numbers. That might feel more positive, and it certainly helps you capitalise upon winning streaks. However, the initial sequence ends up representing the amount you are willing to lose, rather than win, which can be off-putting to some players.

Classic blackjack has a theoretical RTP (return to player) of 99.41%. The house edge is therefore just 0.59%, so your chances of winning a hand are close to 50-50. You can therefore apply a Labouchere blackjack strategy when playing this popular table game.

If your first bet wins, you cross out the numbers at the start and the end of the sequence. Your blackjack Labouchere system sequence would then be 30-30-40-60-40-30-30, so you would stake €60 for your second Labouchere baccarat strategy bet. If your bet loses, add the amount you lost to the right of the sequence. In this blackjack Labouchere system example, you would be left with a sequence of 30-30-40-60-40-30-30-60 if you were to win your first bet and lose your second. Your third bet would then be for €90 when following this Labouchere blackjack strategy.

While we’re on the subject of blackjack, we have written an extensive blackjack strategy guide that outlines everything you need to know to become a pro at the popular casino table game.

The Labouchere system was created for roulette and it is still very popular among experienced players. A Labouchere roulette strategy can be applied to specific bets where the chances of success are close to even: red/black, odd/even or 1-18/19-36.

Of course, the zero means that the odds are not actually 50/50. On that note, you should generally opt for European roulette instead of American roulette, as the American variant also has a double zero, pushing the house edge up from 2.7% to 5.26%. French roulette cuts the house edge down even further due to a rule called la partage, which means you only lose half your stake if the ball lands on the zero.

Make sure you find an online casino with high betting limits and then you can put the Labouchere roulette strategy into practice. Let’s say you want to make €100 in a session, and you opt for a sequence of 10-10-10-20-20-20-10. You always use the first and last number in the sequence to calculate your stake when playing Labouchere system roulette, so your initial bet would be for €20.

A Labouchere roulette sequence can grow long in the event of a losing streak, and your stakes can grow pretty large. For example, if you were to lose five times in a row at the start of the Labouchere system roulette sequence used above, you would end up with 10-10-10-20-20-20-10-20-30-40-50-60, meaning your next stake would have to be for €70.

You might find it is best to write your Labouchere roulette sequence down on paper as opposed typing it on your mobile, as that avoids any costly typos. If that is the case, make sure you have a steady supply of paper and a working pen, and be prepared to place large wagers in the event of a losing streak.

You can keep playing and crossing out numbers until you hopefully complete the sequence and earn your profit. In theory, it should be possible, because you add just one number when you lose and cross out two when you win, but nothing is guaranteed.

A Labouchere baccarat strategy helps players work out how much to wager on each hand. This game is extremely popular among online casino visitors due to the speed, the simplicity of the rules and the low house edge. The theoretical RTP is 98.94% for a banker bet and 98.76% for a player bet, so you can certainly apply a Labouchere baccarat strategy when playing baccarat.

It is pretty similar to the Labouchere blackjack strategy and Labouchere roulette strategy mentioned above. You start your Labouchere baccarat strategy by setting an amount that you would like to win. Divide it into any sequence you like, ensuring that the numbers add up to the total you have in mind.

Now you know how to follow a Labouchere baccarat strategy, a Labouchere roulette strategy Labouchere blackjack strategy, so we can move onto craps. There are lots of different bets available to craps players, but the Labouchere system is designed for 50/50 bets, so your options are pass, don’t pass, come, don’t come, Big 6 and Big 8.

Most players following a Labouchere betting system stick to the same bet, so you would continually bet on pass or Big 8, for example. However, there is actually nothing to stop you from changing your bet each time, as long as you stick to the 50/50 options. You might then start your Labouchere betting system by wagering on don’t pass, then go for Big Six, then Big 8, then pass, and so on.

Want to learn about more casino games? We’ve got you covered. Click below for our guides on the most popular tables games you will find at online casinos.

As always, you start your Labouchere system by setting a sequence of your choice. The sum total of these numbers represents your target profit. You take the first and last numbers in the sequence and add them together to calculate the amount you should stake for your first bet.

If that bet wins, you cross out those numbers, resulting in a shorter Labouchere betting system sequence. If it loses, you add the amount you staked onto the end of the sequence, making it longer.

The shorter the sequence, the better, as it means you are getting closer to reaching your target profit. Just make sure you find a craps table that has a reasonably high upper limit in case you end up on a losing streak and need to keep increasing your stake to chase the loss down.

❓ How does the Labouchere betting system work?

The Labouchere system is a negative progression system with several steps. First, you decide on the amount you want to win (e.g. €150). Then you split that number into a sequence of smaller numbers. Let’s say you choose the sequence 20-30-50-30-20. Add the first and last numbers in the sequence, so you need to bet €40. If you win, you cross those numbers off the list. If you lose, you add the amount that you bet (40) to the end of the sequence.

❓ How does the reverse Labouchere betting system work?

The reverse Labouchere is a positive progression system. Instead of deleting the numbers off the end of your list after a win, you add your winning bet amount to the end of the list. If you lose, you delete the first and last numbers.

❓ Why is the Labouchere betting system flawed?

The idea of the Labouchere system is to win back any money you lost, even if you lose more often than you win. However, players have run out of bankroll and reached table limits before reaching the end of the sequence and their target profit, so this system does not guarantee positive results. It also cannot counteract casino house edge.

❓ Why is the Labouchere popular for roulette?

The Labouchere system is particularly suited to bets that have close to even odds, like red or black in roulette. The 0 pocket creates the casino’s house edge, so the single 0 on a European table gives a lower house edge than the two zero pockets in American roulette. French Roulette’s la partage rule cuts the house edge even further.

Martin Green spent five years working at William Hill before becoming a journalist in 2009. He has a degree in English Literature and he has edited a number of magazines, newspapers and websites during his career. He began working as a sports writer and professional tipster in 2014, and his work has featured in a large number of top publications across the web.