CasinoSource.ie
» guides »
Luck of the Irish: 4 Slots to Play on Paddy’s Day

Luck of the Irish: 4 Slots to Play on Paddy’s Day

With its distinctive character and association with good fortune, Ireland has become a popular theme among slot machine developers, and there’s no better day of the year than St. Patrick’s Day to give these themed slot machines a try. You’ll certainly feel like celebrating with a few pints of Guinness if you get some ‘luck of the Irish’ and win big on these games. We’ve picked out some of the best Irish-themed slots to play on Paddy's Day this year! 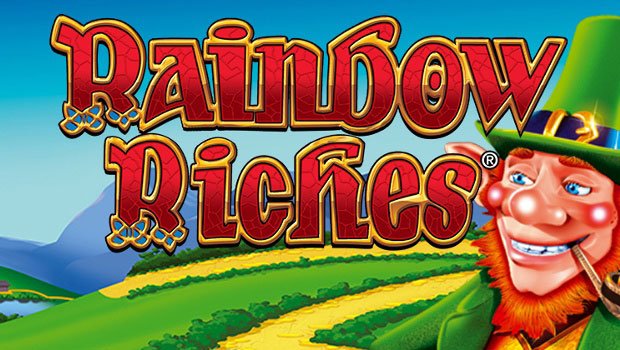 Rainbow Riches can be considered somewhat of an institution in the world of online slot machines. Despite being several years old now, it remains one of the most popular and well-known games around. Several spin-off titles have been produced since, including Rainbow Riches Leapin’ Leprechauns and Rainbow Riches Pick and Mix, but since St. Patrick’s Day is about celebrating history and tradition, we’re sticking with the original here.

Rainbow Riches was developed by Barcrest and started out in land-based casinos before making a successful transition to online. The format is fairly standard, with five reels, 20 paylines and the classic card symbols from 10 to ace. With all 20 paylines active, the minimum bet is 20c while the maximum is €400.

There’s also a wild symbol and three bonus symbols which correspond to the three bonus features – Road to Riches, Wishing Well and Pots of Gold. These bonuses each offer players the chance to win up to 500 times their stake. 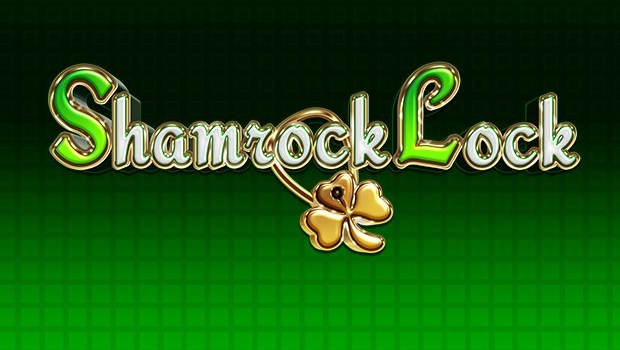 The shamrock, also known as the clover, is a symbol of good luck and therefore it often features prominently in Irish-themed slots. British gaming software company Inspired decided to base a whole game around it, and created Shamrock Lock. The game only has ten paylines but if you land five of the game logos on one of them, you’ll win a cool 500 times your stake. You’ll recognise various other symbols associated with luck on the reels, including the number seven and a horse shoe.

The maximum bet is 200 coins but there’s also a Lock ‘n’ Roll feature which costs half of your spin cost every time you want to enable it. This randomly triggered feature locks reels one to three together for stacked and expanding wins, so luck really will be on your side. 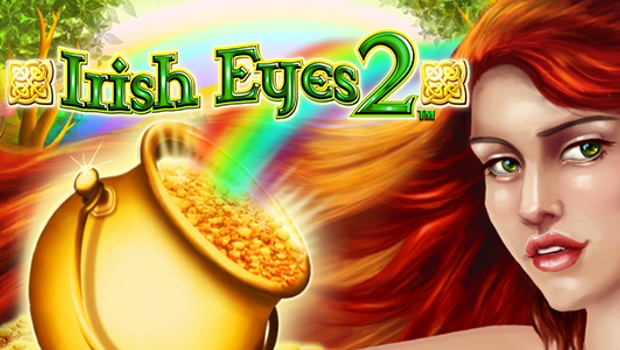 They say that Irish eyes are smiling, and you certainly will be if you land a big win on this online slot machine from Nextgen. A beautiful Irish girl with green eyes is the game’s wild symbol and pays out 5,000 times your line bet if you land five of her on one of the 25 paylines. Irish Eyes 2, a sequel to Irish Eyes, features two classic features that slot players love – Free Games and Gamble. Up to 20 free spins are on offer if you land three or more of the pot of gold scatter symbols, with all prizes tripled during the feature.

Meanwhile, the Gamble feature allows you to wager any wins by choosing either a colour or a suit of a card. If you choose the right colour, your win is doubled and if you choose the right suit, it’s quadrupled. Winnings can be gambled up to five times, but guess wrongly and of course you lose the money. 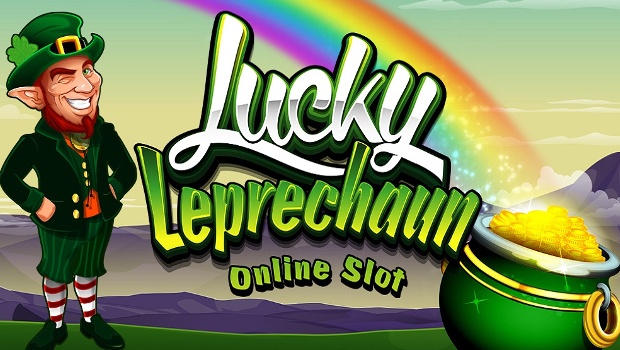 This five-reel, 20-payline slot from Microgaming is centred on another lucky symbol from Irish folklore – the leprechaun. Yes, the theme is a bit clichéd and unoriginal, but like the Irish people themselves, it’s easy-going and doesn’t take itself too seriously. All 20 paylines are permanently enabled, so players just have to choose their bet from 20c to €20. The highest-paying symbol is the game’s logo, which rewards you with 50 times your bet for landing five.

However, you can win a lot more than that during the Free Spins feature, which is activated by landing the shamrock symbol on reel five. This grants you five free spins with a 2x multiplier. A green shamrock symbol will earn you an extra free spin, while a golden one increases the multiplier by one. The leprechaun symbol also turns wild during free spins.

In addition, there’s a Trail O’ Fortune mini game in which you’re given four, five or six rolls of a die according to how many bonus scatter symbols unlocked the feature. There’s a prize behind each square, with the amounts increasing as you move along, and the size of the pot at the end depends on how many symbols you got to trigger the game. With great features, big prizes and lots of Irishness, these games can make it a very happy Paddy's Day.